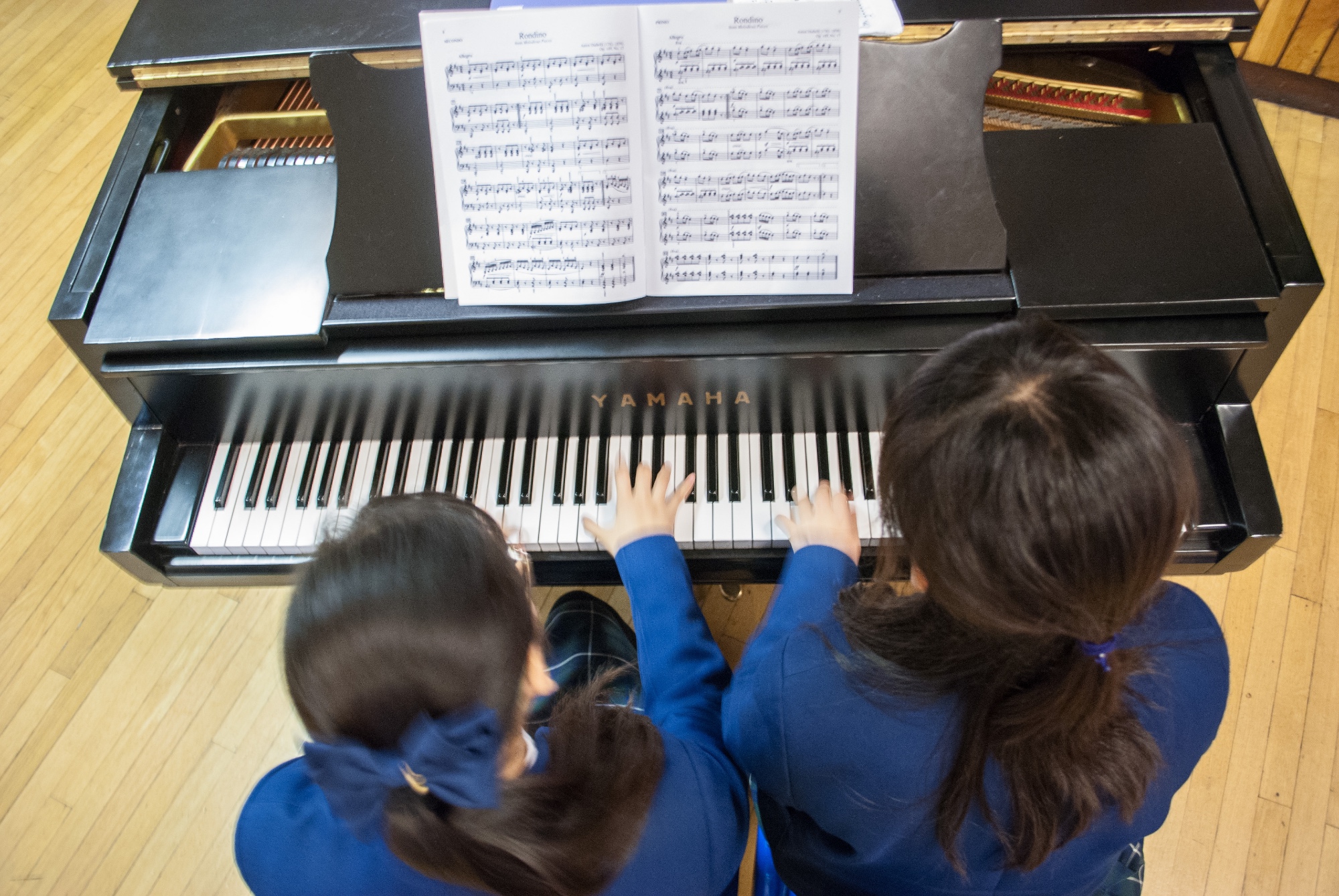 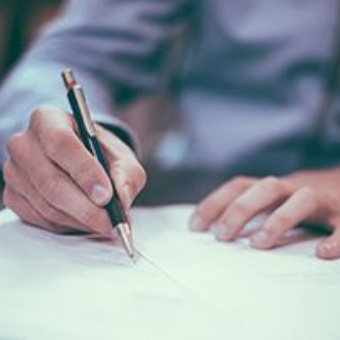 On Tuesday our Years 7 and 8 participated in the Barnet Athletics Championships earning a number of well deserved medals. Year 11 students enjoyed their graduation ceremony and prom on Tuesday evening—we now wish them a wonderful simmer break and look forward to seeing them again for the GCSE results on August 25th. Finally on Thursday we welcomed our new Year 7 pupils for their Induction Day. Pupils met their new teachers and we were very impressed with their conduct and the potential seen during the lessons. The Douglass will be published the last week of term and therefore this is the last newsletter until September. A reminder that the last day of term is Wednesday 20th July when pupils will be dismissed from 12:30pm. The first day of term for 7 pupils is Wednesday 7th September and the whole school returns on Thursday 8th September.

Bishop Douglass’ group for Highly Able students, the Sage Club, hosted an academic conference, on Wednesday 6th July, to show off some of the outstanding work that has been completed over the course of the year. Parents, staff and students from year groups 7-10 watched presentations from eight groups, based around academic papers they had written. The Sage Club has involved students being led down various routes of enquiry, completing independent research before writing essays on topics ranging from migrant populations in South America to global warming, all along the theme of Changing Environments. This is with the purpose of expanding their thinking and to practice the key skill of extended writing. Nitara Wijayatilake and Teresa Monteforte were presented with an award for the best essay, entitled ‘What defines the identity of Italian and Tamil migrant communities?’ and Elisha Chan was commended for her attendance over the whole year.

Haruka Oshima The possibility of catastrophe –does the scale of possible damage force us to take action? Or should we wait and see? Daman Sawhney Are there any hidden benefits to climate change?

Tyri Dennis Do we have an obligation to save the environment?

Elisha Chan Do we have an obligation to save the environment? An alternative perspective.

Benjamin Peprah-Tabir & Matthew Tembo Changes in the last 100 years that have led to the development of a ‘global culture’.

Christina Koutsovoulou & Maria Moris How is the identity of migrant communities preserved?

Yuvan Sawhney What defines the identity of a migrant community? A case study of Sikhs in Britain.

“Be a Good Samaritan” To love God would not make sense for the ancient Greeks. The gods could love people: they show their preference by giving special gifts and favours. As a sign of gratitude they expected sacrifices and burnt offerings from the person they have shown favour. A reflection of this mentality is also present in some texts of the Old Testament. Through the mouth of prophet Malachi, the Lord complains of the despicable holocausts that priests offer him: “The servant respects his master… Where is the honour due to me?” (Mal 1:6). Unlike the pagan peoples, Israel loves her God. Here’s what Moses recommends to the people: “What is it that the Lord ask of you if not to love him and serve him with all your heart and with all your soul?” (Dt 10:12). Love consists in keeping the commandments (Ex 20:6) and “to follow his ways” (Dt 19:9). Love of neighbour, above all the poor, orphan, widow, stranger, is viewed in this frame: This is practiced because it is a work pleasing to God. The New Testament gives us the full light, one that allows us to understand what it really means to love God. The first letter of John is very explicit: “This is love: not that we loved God but that he first loved us. Dear friends, if such has been the love of God, we, too, must love one another” (1 Jn 4:10-11). The logical leap is immediately obvious. We would expect, if God so loved us, we also ought to love him. But God does not ask anything for himself. There is only one way to respond to his love: love your brethren and not “only with words and with our lips, but in truth and in deed” (1 Jn 3:18). To internalize the message, we repeat: “I give you a new commandment—says the Lord—that you love as I have loved you.”

WORDS OF THE WEEK

Fatuous (Adjective) –Silly, stupid, inane, nonsensical. In the debate, a rather fatuous comment was made that added no substance to it !

Insidious (Adjective) – Cunning but seems innocent. Even though he seemed honest and trustworthy, the cult leader was an insidious man, who only wanted to trick his followers into giving him their assets.

Leverage (Verb) – Using something to maximum advantage. Achieving excellent A-level grades will give students leverage to choose which university they want to study in.

Desultory (Adjective) – Lacking a plan or enthusiasm. He made a desultory attempt to get people to vote for him.

Invective (Noun) –Insulting, highly critical or abusive language. She poured forth her invective, earning her a detention.

Ten pupils from year 10 visited the Sky Head Quarters on Wednesday, where they were introduced to various STEM careers in Sky. Pupils took part in a number of activities throughout the day, including a question and answer session with the Director of Customer Management, Steven MacDiarmid, a tour of the Sky Sports Studios, a number of team-building activities and they had an inspirational talk from former boxer and Sky Sports presenter Spencer Fearon. This was a brilliant insight into how a multinational company works, and the potential career opportunities within the media industry.

IN THE SCHOOL PLAYGROUND

There were over a hundred children running around; some swinging from ropes as if they were monkeys, others sliding down the slide as if they were on water. The playground was buzzing with noise; children screaming and shouting. Some boys and girls played together, kicking a football around with concentrated, sweaty, red faces. Others lolled around the sides, chatting. From the tired children, the aroma of sweat filled the air, until the wind blew it away like a whisper. The boiling sun beamed down on us so that we needed to take cover in the refreshing shade to get some energy back. Everywhere I looked, the hum of endless conversations continued, until the loud bell rang and all dispersed. Stephanie Henao-Pardo, Northside Primary School Foam javelins flew around the playground like bunnies hopping from one place to the next. Children were running to and fro with the strong wind rushing in their faces. Skipping ropes spun like tornadoes and loud clapping games were played out all around the edge of the playground. From goal to goal bounced footballs with boys dashing like hares, excitedly, to catch them. Marlon Martin, Preston Manor School

The Barnet Schools Championships took place yesterday with schools fielding only one athlete per event as to a choice of three students in the last event. The 'best of the best' athletes in the whole of Barnet were on show. Unlike the last event with athletes taking part in one race, this event saw pupils needing to finish in the top 3 of their respective heats in order to progress into the finals. The added pressure spurred our students on and there were some fantastic performances from the Bishop Douglass team. A run down of the results saw: Edward Gidisu came 2nd in his heat for the 100m and later went on to finish 4th, narrowly missing out on a medal in the final. Manuella Mbundu who came first in her heat for the 100m but was beaten at the line in the final to come 2nd. She also came 1st in the long jump to claim a gold and silver for the day. Elizebeth Ezekiel won a silver for coming 2nd in the shot put. Matthieu Ifaso just missed out on a medal finishing 4th in the boys javelin. Tehjarne Mellis managed 2 silver medals in the shot put and javelin events, 2 very strong performances! Elisha Chan impressed with a win in the 1500m, leading from start to finish. Jordan Shodeinde won silver for his efforts in the year 8 long jump, he also got to the final for the 100m and came 4th. Another talented athlete. A strong performance from all Bishop Douglass athletes. The future for athletics at the school looks very promising!