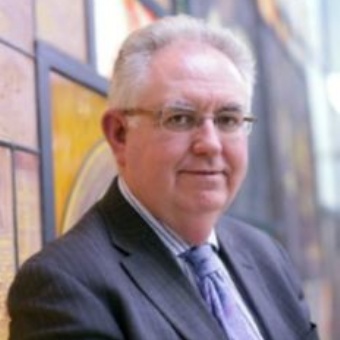 Professor Mark Caulfield, the Professor of Clinical Pharmacology at Queen Mary University of London and head of the 100,000 Genomes Project, received a knighthood in the recent Queen’s Birthday honours.

Professor Caulfield attended Bishop Douglass school for his secondary school education and later went on to graduate in Medicine at the London Hospital Medical College in 1984. He trained in Clinical Pharmacology at the Medical College of St Bartholomew’s Hospital and Queen Mary University of London, where he holds a Chair.

Since 2013 Professor Caulfield has been instrumental in delivering the world-leading 100,000 Genomes Project, which hit its target of sequencing 100,000 whole genomes in 2018 and has already delivered life-changing results for patients.  To increase the value for participants in the project, Professor Caulfield established a coalition of 3,000 researchers worldwide and assisted the NHS in the creation of the National Genomic Test directory.

Professor Caulfield said “I have been incredibly lucky to stand amongst and alongside giants from our NHS, Genomics England, our universities, the government, our funders and most importantly, our participants.  Together they helped me to transform genomics in healthcare.  Their commitment, generosity, and trust has made our nation the world leader in the application of genomic medicine in the NHS.  I am deeply honoured and thank every one of those who made this possible.”

A number of our students met Professor Caulfield in 2017 when he was our guest of honour at the Year 7-10 Celebration Evening.  He talked to the audience about his work and the benefits which could arise from it in treating rare diseases and in choosing cancer therapies.