Why join our sixth form? 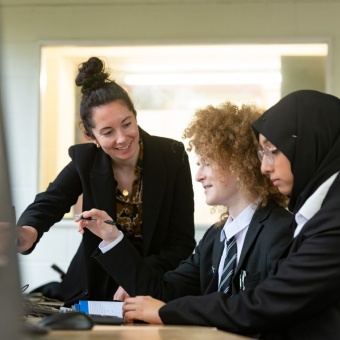 A step change to independence and new experiences

We believe that the best education following GCSEs is our own sixth form and the majority of our students stay on to study close on 30 subjects, including 22 A Levels, 6 BTEC courses and an Extended Project Qualification. Our dedication and passion to ensure a smooth transition process from Year 11 to Sixth Form is just as important as the move from Year 6 to 7. A taster of what we provide, in chronological order, is captured below:

Find our more about our sixth form, here: https://www.bishopdouglass.barnet.sch.uk/page/?title=Why+Join+Us%3F&pid=131