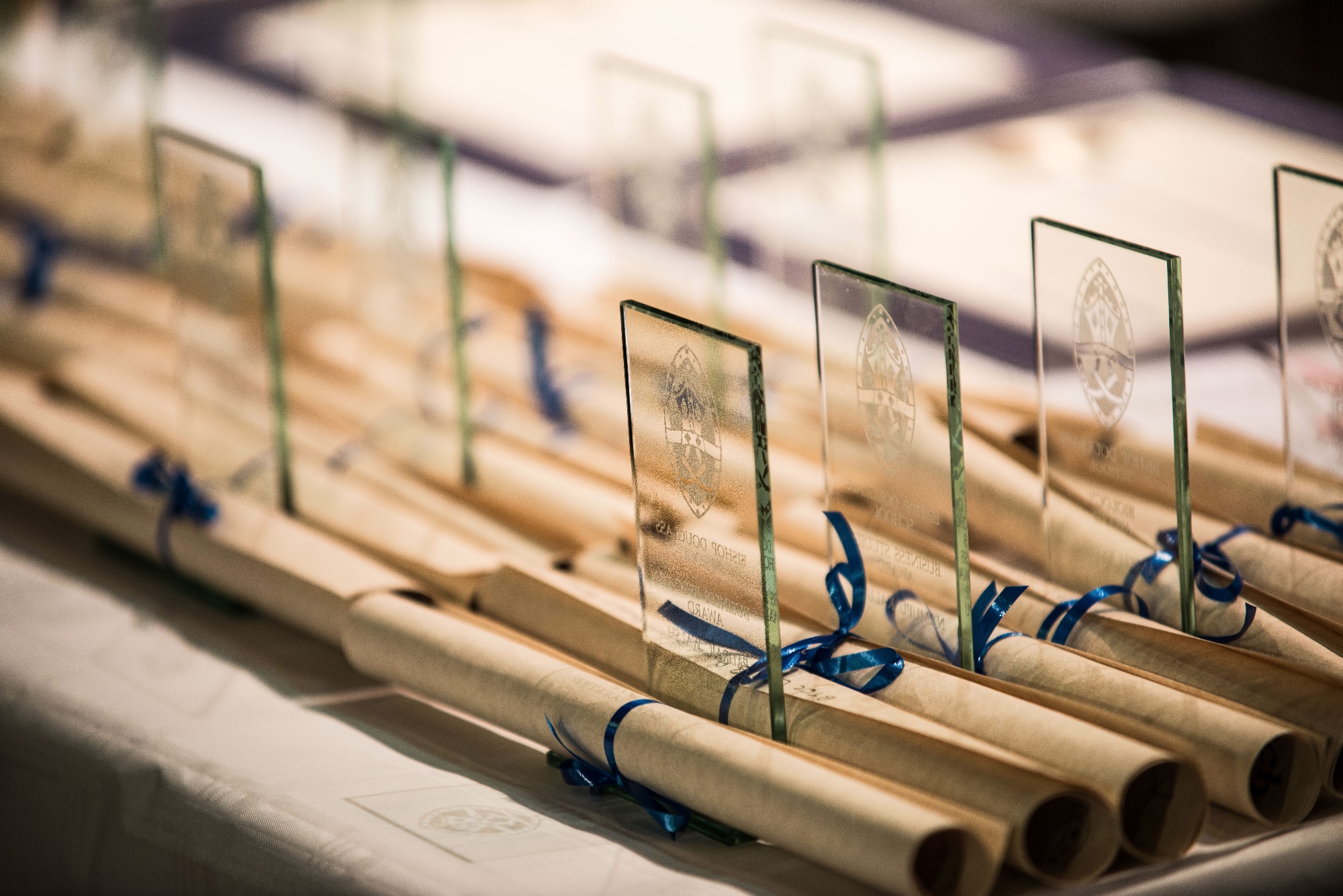 The Cardinal Hume Academies Trust brings together Catholic schools that collectively embrace the teachings of Christ, with prayer, worship and witness to faith at their centre.  The vision is for safe, orderly and well-disciplined environments, facilitating the spiritual and holistic growth of pupils and staff.

We aim to have inclusive, high-performing Catholic schools providing an education of quality; each one graded as ‘Ofsted outstanding’.  Valuing all students, the schools will have an academic reputation and prepare students for the challenge of a dynamic world.  Through high-achieving sixth forms, they will provide pathways to the best in higher education.

Mutual respect will be the hallmark of all interactions within the schools.  Trust schools will be outward looking, sharing their expertise, and learning from others.  They will interact positively with stakeholders, including feeder primary schools.  As an Investor in People, the Trust will develop its workforce ensuring rewarding opportunities for career progression and personal growth.

Background to the Trust including Governance Arrangements

In 2011 two schools St Thomas More and St George’s in Maida Vale approached the Diocese of Westminster for permission to become an Academy.  This was driven by government policy which was driving the Academy programme nationally and allocating more resources to Academy schools.

The Cardinal Hume Academies Trust was set up  with the agreement of the Diocese of Westminster to be the umbrella organisation for two outstanding secondary schools, St George’s Catholic School in Maida Vale, West London and St Thomas More Catholic School in Wood Green.

The key principles at conversion in 2013 were:

Both St George’s and St Thomas More are rated as ‘Outstanding’ by OFSTED (2014 and 2012 respectively) and by the Diocese of Westminster S48 Inspection (2016 and 2012 respectively).   In the last application round, both schools have been over-subscribed and have had to organise independent appeals.   The Executive Headteacher is Martin Tissot who has been at St George’s helm for ten years, starting in 2006.  In 2010, he was appointed as Headteacher of St Thomas More School.   He was appointed Headteacher of Bishop Douglass School in East Finchley in 2015 and this joined the Cardinal Hume Academies Trust in September 2016.   Bishop Douglass School is currently Ofsted ‘Good’ (2013) but the leadership are convinced that recent very good examination results for two years running (GCSE results put the school in the 3rd percentile in the country for value-added, A level results are in the top 10% in the country) merit an OFSTED outstanding judgement and the Governors have asked for a re-inspection of the School.

The Trust has set up an overarching management board containing governor representatives from the three schools, Diocesan representatives and Martin Tissot who is the Chief Executive Officer for the Trust.  Aside from statutory company responsibilities and some monitoring there is maximum delegation to the Governing Bodies of the three schools who still assume the mantle of strategic responsibility.

The Trust Board meets four times a year and considers the Audit reports, the budgets and accounts of the three constituent schools and the overall performance of the Schools.   The Trust has three committees – the Finance and Audit committee, the Risk Committee and the Remuneration Committee (that considers the salary of the Chief Executive).    Committees meet three/four times a year. 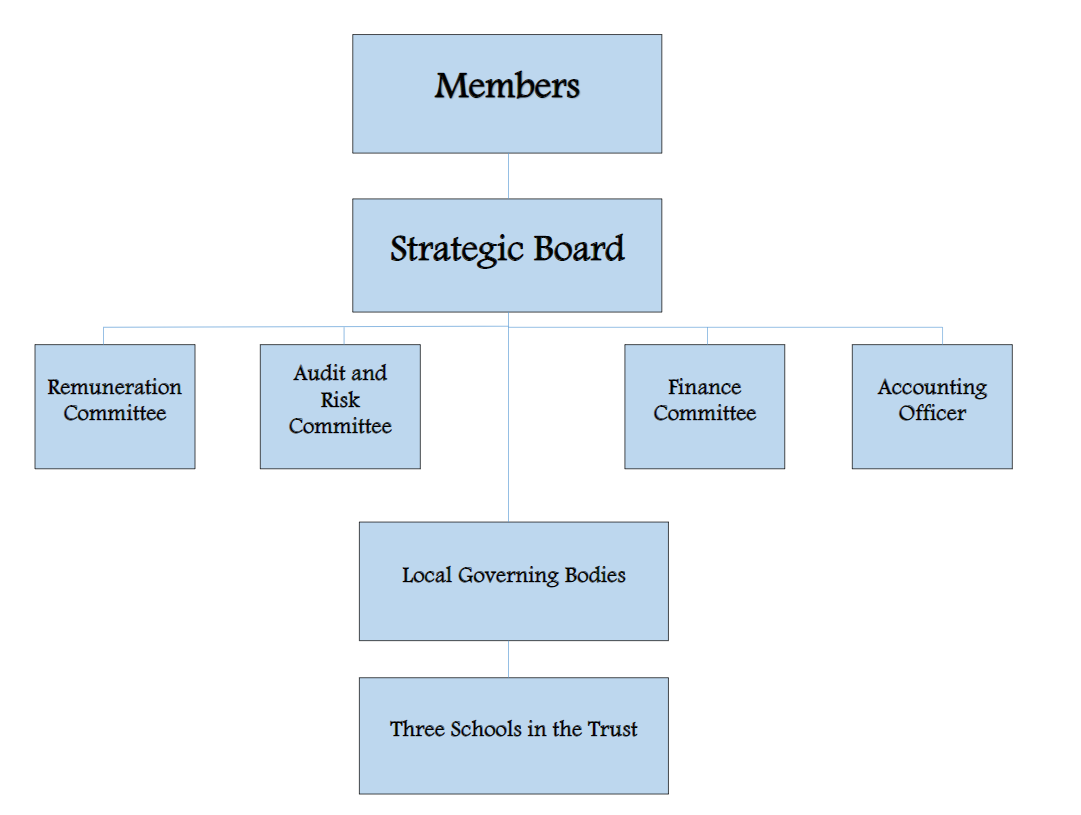 The current members of the Board are:

The Trust has a professional minute taker, Mrs Jenny Ridd.   The Company Secretary and Chief Financial Officer is Ms Melanie Barker and the Accounting Officer is Mr Martin Tissot.

Trustees details including date of appointment, attendance at meetings and relevant business and pecuniary interests including governance roles in other educational institutions- click here